Futures Academy In The News

Read our newsworthy stories and campus updates. Look here as we continue to make positive headlines in our communities and grow our campuses.

EdSurge Article: Inside the School Where Every Student Gets Their Own Teacher 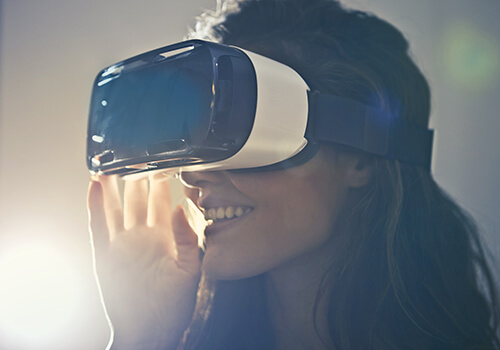 NEWPORT BEACH, Calif. — At the start of her introductory chemistry class, rising sophomore Olivia takes out her laptop and begins following along while the teacher in front of her navigates a slideshare presentation. Today’s topic is figuring out how to convert atoms to moles, a measurement of matter used by scientists. Halfway through, Olivia asks a question and later demonstrates what she’s just learned on a whiteboard behind the teacher’s desk.

If it sounds like a typical chemistry lesson at any school in the country, in some ways it is. Except in this class, Olivia is the only student.

Olivia is currently enrolled part-time in one of the most unique high school models in the country. Where many schools struggle with ever-expanding student-teacher ratios, Futures Academy, a California network of private schools serving middle- and high schoolers, follows a distinctly personalized model: Every class in every subject has one teacher and only one student. The model takes an eyebrow-raising twist on one-to-one instruction, which in many education circles has come to refer to one computer for every student.

The Newport Beach campus is one of 16 schools in the network, located on the ninth floor of an otherwise ordinary corporate office building with a plush lobby and sweeping views that stretch to the ocean. Inside the Futures suite, offices serve as classrooms and conference rooms host group study sessions around a glossy wood table. The open plan area in the center is a flexible learning space where kids can work independently or socialize at a school that can otherwise be pretty isolating.

“The challenging thing is the social aspect,” Olivia says of her school, before describing herself as a little shy. She attends her local public high school in the morning and takes a few classes at Futures in the afternoons. She’s made friends at Futures, but met most of her friends playing sports at public school. That’s one reason she wants to keep one foot in the door at her public school and continue taking a few classes at Futures.

It’s not only that social interaction is limited or nonexistent in classes without peers, but with individualized schedules, it’s tough for students to get together in groups for lunch or after-school clubs. Some students, like Olivia, only attend part time, shuttling from Futures to a traditional school. The majority are full time and spend anywhere from two to five hours at Futures, depending on course load or day of the week. (Overall, the school serves between 130 to 150 students depending on enrollment.)

Such variable schedules keep the administrative staff at Newport Beach busy and is one of the model’s greatest challenges. Take Advanced Placement classes for example. At Futures they run longer than regular courses—32 sessions versus 15 for a traditional class—meaning students sometimes have to take back-to-back sessions with teachers to finish on time. Likewise, when students fall behind the pace, they sometimes need extra sessions to keep up.

Generally, students have one or two classes a day with core classes occurring twice a week. Each class session lasts 50 minutes, and is usually followed by what’s known as a guided study session, during which students complete their homework.

“For every class, they'll have anywhere from one to three guided study sessions, which are 50 minutes long,” says Alicia Goodwin, the guided study instructor for the Newport Beach campus. During the sessions, students complete independent work, which in many schools would be assigned as homework. “The goal is that they leave at the end of the day with all of their homework finished and then they don’t have anything to worry about.”

Experts have long been divided on the effectiveness of traditional homework. While Futures values independent practice, the network’s leadership team doesn’t believe the work should take place at home. That’s why there’s an intentional heavy focus on self-guided independent practice in school, where an educator like Goodwin is just steps away. The network uses a mastery-based learning model, and students must earn 80 percent or higher on independent work before teachers can move on in class. (There is no such requirement for tests and quizzes though—so overall grades can certainly be lower than a B.)

Olivia and her peers will be the first to stress how daunting the independent workload can be initially. But she’s acclimated over time. “I figured out how to manage my time,” she says, “so that’s not an issue anymore.”

The one-to-one environment is demanding and it’s not for everyone, stresses Marcia Johnson, the campus director of Newport Beach, who functions as something of a co-principal for the campus, together with the school’s head of education. For one, it’s a private school with a tuition that runs between $24,000 to $29,000 a year for full time students, depending on factors like location. But mostly students must be willing to engage with the process.

“We have students who come here because the traditional, public or private school model has just not worked for them,” Johnson says. “And a lot of times it's that students are just unwilling to participate.”

Beyond that, Futures draws a wide cross section of students, including those who have struggled in traditional schools and need remediation to improve their grades. There are also students with special needs who do better with individualized support and come to Futures with Individualized Education Plans (IEPs).

“We do not necessarily, as a private school, have to abide by the individualized education plan, but often times we do,” explains Lynna Martinez, the senior vice president of educational programs and services for the network. That’s because one-to-one learning is the most frequent accommodation in those plans, Martinez says. But by and large, Futures only admits students it thinks will be a good fit for the model.

Other students look to the model as a sort of opportunity to participate in private tutoring to boost their chances of scoring top grades on Advanced Placement exams or getting accepted to selective colleges. In fact, because of the rigor and flexible scheduling, Futures draws a lot of high achievers with hobbies and careers who need time to travel and train—including an accomplished race car driver, an equestrian, a pilot and a film actress.

Students come to the Newport Beach campus for a variety of reasons, observes David Barerra, a math and science teacher at the school. “We get students who need remediation and we get students who really want to advance really fast,” he says, adding that those who are getting by in traditional learning environments typically don’t seek out such a different model.

Despite the workload, students generally like it—for all the reasons one might expect. In some ways, it’s not unlike a typical high school. To boost student interaction, each campus is required to offer three clubs per year, though participation can be low because of students’ different schedules. At Newport, clubs include yearbook, robotics and a social-emotional circle called the Breakfast Club, in which students talk about pressing age-related difficulties like anxiety. The goal of the club—much like at Futures overall—is to provide opportunities for students to feel like they’re being heard.

“Everyone’s friendly here,” says Lola, a rising sophomore attending summer classes at Newport to retake courses she’d taken the previous year at a public school. “I don’t get stressed out asking questions. I like the amount of free time this school provides.”

That can be both a good and bad thing for teenagers like Lola, whose first few weeks at Futures were a rough adjustment. She wasn’t understanding the material and became frustrated at the amount of work assigned. She wondered whether the school was a good fit. After reviewing her records, however, members of the leadership team realized she wasn’t attending her guided study sessions—Lola thought of them as optional. After they called home, her attendance improved, as did her grades. Now she talks about transferring full time.

The one-to-one instructional model at Futures is hardly new. Its history stretches back to the 1980s when the school was called Halstrom Academy. For the first few years, Halstrom focused on tutoring in addition to core instruction, later dropping the tutoring angle. What started as a gut understanding that students do best when working in tutoring-like environments has now morphed to incorporate more intentional research-backed methodology.

Futures data-sf-ec-immutable="" rebranded late last year, which is when its name changed. This summer the network began working with Altitude Learning (previously known as AltSchool) to provide teacher training, professional development and coaching to its school leaders to help move to a model that draws upon research around the learner-centered approach. That approach dates back to research conducted by an American Psychological Association task force, convened in the early 1990s, which spelled out a series of education principles that focus on how a learner thinks and remembers; how beliefs, emotions and motivation influence learners; and how capabilities for learning develop over time.

Given Futures' roots in one-to-one instruction and individualized schedules, implementing this type of model was a natural fit for the staff. The Futures Network developed a rubric that helps teachers work with students to demonstrate mastery in novel ways, co-construct their own projects, and pursue individual interests. Teachers are trained to move students into the zone of proximal development, or the idea that they should challenge students by meeting them just above where they’re ready to learn.

For each course, teachers receive a schedule of their classes online, including learning goals for each student. “If a student can’t handle all of that, then you're able to customize it for them. If they need more of a challenge, you’re able to seek it out,” Barrera explains, adding that he designed custom lessons to teach one student an advanced programming language called R. The rubric thus supports him and others in tailoring these learning experiences.

It’s effective but time consuming, he admits, and likely only possible because of the low teacher-student ratios, where teachers only see between 15 and 30 students per week on average.

The model is not impossible for others to replicate, says Martinez, the programs and services executive. Charter schools in particular have fewer restrictions and more opportunity for smaller class sizes. But it would be difficult, she adds, given the challenges that even a well-resourced network like Futures faces.

Martinez suggests that rather than replicating the model, perhaps the opportunity lies in drawing from it, and implementing opportunities for small-group learning along with one-to-one instruction. “It’s a matter of whether [the school] would be able to figure out the scheduling and teacher staffing for a model like ours,” she says. “That tends to be the complexity for us—the scheduling and the teachers.”

This story is part of an EdSurge Research series about how school communities across the country are connecting research and practice. These stories are made publicly available with support from the Chan Zuckerberg Initiative.

Stephen Noonoo is K-12 editor at EdSurge where he frequently works with contributing writers.