#Understanding ME: The Love-Hate Relationship Between Social MEdia and Teens Today 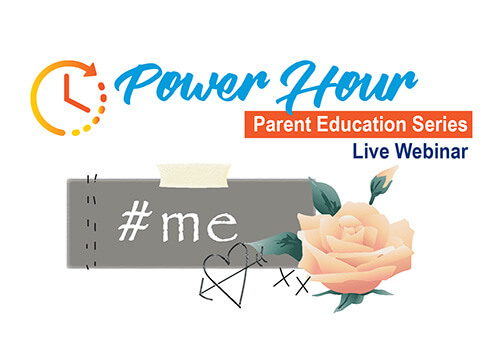 Let me start by saying, contrary to what my children may say, I am not old. That is unless we are talking about technology, in which case I may have well been born in another century altogether. Thirty years ago, I was a teenage girl who begged my parents for my own phone line since we didn’t have call waiting and talking on the phone for hours was my hobby. When I left the house, my answering machine would record my messages on a tiny cassette tape and a red light would blink the number of messages I had upon my return. Twenty-five years ago when I was in college, I had a twenty-five pound IBM personal computer, separate monitor, and a dot matrix printer into which I fed perforated paper that needed to be lined up with the circular grooves on the sides. My dorm room came equipped with a bed, a desk, and a giant black phone that plugged into the wall. But, if you were smart, you could go to Radio Shack and buy a longer cord so your phone reached any corner of the room... ahh, the freedom!  Twenty years ago, my boss asked me what color iMac I wanted and I came to work the next day to a lime green and clear computer monitor on my desk without a clunky tower. And let’s not forget the Motorola black brick phone I was provided for work calls in the field.

As parents and educators we often joke about how our kids know more about technology than we do, but who are we kidding, they do!  And while some of us are trying to keep up with them by downloading the newest apps and creating our own accounts (apparently Facebook doesn’t count as a cool social media account), the vast majority are wishing this technological craze, particularly with social media, is simply a passing phase like perms and winged eyeliner. Perhaps we’ll never fully understand the magnetism of social media since our generation never dealt with it, but its presence is undeniable; it’s hard to ignore the buzzing, blinking, pinging device that has since become an additional appendage growing from the hands of our children today.

The networked lives of our teens is complicated to say the least. Countless articles have been written that argue both the dangers and the benefits of social media: Does it promote connectivity or detachment? Does it increase anxiety or provide a safe outlet? Does it open the door to self-expression or cyber-bullying?  In addition, there are numerous studies surrounding the need for proper management such as screen time and parental supervision in order to avoid the dangers of tech addiction and sexual predators. But while all of these expert opinions are informative and the statistics are beyond convincing, we still don’t have a clear understanding of what it’s like from the perspective of our teens. Ironically, most of the articles I came across were written by experts who most likely chuckled when they read about my dot matrix printer. I don’t know about you, but before I did  my research, I didn’t know much about the popular Apps (other than Facebook and Instagram) our teens are using today. When it comes to Snapchat, Musical.ly, WhatsApp, Kik or Tbh, I’m completely lost. How can we understand the relationship between social media and teens today when we ourselves have never experienced it, and we ourselves don’t fully understand it?

In an article published in The Washington Post titled,  “What teens wish their parents knew about social media,” several middle and high school students were interviewed about their deep-rooted connection with social media, as well as what they wish their parents understood. The fear of missing out (FOMO) and the desire to feel connected are two things teens today don’t feel their parents understand: “FOMO can create an overwhelming desire to be connected - in fact, according to 2015 PEW Research, 94% of teens go online daily and 24% of teens feel as though they are online constantly.” And with so many teens online posting updates, many of them in multiple online forums, it’s no wonder teens are having a difficult time putting the phone down. Not only are teens active on multiple apps, some of the accounts they are communicating through are fake. For example, there’s a finsta (“fake” Instagram) and a rinsta (“real” Instagram), depending on how much teens want to put out there for the rest of the world to see and to comment on.  In addition, for many parents who believe they are monitoring their child by “following” their online activities, you may be surprised to learn you are following their finsta and not their rinsta or some other version of a decoy account.

Teens want their opinions to be heard and for them social media as a means of communication instantly connects them with a peer audience and gives them unlimited opportunities to share their feelings.  “Many tweens and teens find their online communities are engaging, interactive and responsive.  A message or Snapchat sent to a friend can result in an instant reply, and something posted to a group chat or online profile can create the opportunity for community-level conversation and engagement. Responses from friends and followers make kids feel heard and listened to which if often critically important for those who simply want acknowledgement and validation.” And while we want to encourage our kids to express themselves, as parents we also recognize the potential dangers of having such a wide audience just a click or a post away.

Although our protective parental instincts might be to stuff all of our teens’ devices in a drawer, or somehow monitor all of their online posts and followers, or keep them off the apps entirely, we need to take their perspective into consideration. Most teens feel their parents don’t get it and don’t try to get it. To some degree they’re probably right, but in an effort to understand them, let’s consider a sample group of twenty 14 to 16 year olds  I spoke with last week who in all likelihood encompass many of the universal feelings surrounding our teens’ love-hate relationship with social media.

Even though the students know me well, initiating this group conversation was reminiscent of an undercover agent trying to infiltrate a secret society. When I asked them if they wouldn’t mind sharing their opinions about social media, I got a broad range of reactions that started off with dubiously one-word responses, to suspicious follow up questions, and finally, an open and honest conversation. When I asked them what their favorite social media apps were, Instagram and Snapchat were at the top of their lists. When I asked them why they loved using those two apps so much, their responses were resoundingly similar - the ability to connect with their friends and to express who they are.  They shared that by posting things that are important to them, their friends could get a better idea of what they were like as people, particularly their likesand dislikes. When I asked them why they couldn’t just connect with their friends via text, perhaps even a group text, one student boldly said, “Texting is just old-fashioned,” and they unanimously agreed that Instagram and Snapchat were quicker and easier ways to paint a “creative yet honest” picture of their lives. They shared that they did, in fact, have multiple accounts, but that having multiple accounts were necessary in order to appeal to the proper audience. As one kid put it, “There are things my friends will find funny that my grandma will not.” They clarified that it’s not that one account is necessarily “fake,” it’s that one account is meant to communicate less personal information than the other.

In addition to them agreeing on how social media connected them with their friends (and occasionally even family), they also agreed that parents just didn’t seem to understand the appeal. They were frustrated that parents tended to only focus on the possible dangers and as a result, their conversations with their parents tended to be desperate pleas to not post personal information on social media or else vehement ultimatums with severe consequences if they were ever caught creating and posting on a social media account. One student shared: “It sucks because parents assume that we are doing something bad, as if we don’t know the dangers, and they snoop into our accounts instead of just straight up asking us. Most of us aren’t doing anything wrong. But it’s like parents only talk about the bad stuff that happens and so they assume the worst.” I had to stifle a chuckle when one student shared that when she told her mom she was the only one without an Instagram account and she felt disconnected from her friends, her mom pulled out the classic rebuttal: If everyone jumped off a bridge, would you? While I certainly wasn’t arguing with my parents about social media accounts, it was clear the you-just-don’t-get-it power struggle between parents and teens existed for countless generations before and will most likely continue for countless generations to come.

Social media can be uncharted territory for many teens and their parents. Instagram came onto the scene in 2010 and Snapchat followed soon after in 2011, when most of our teens today were getting ready to head into middle school. They grew up in this world. They understand this world probably better than we give them credit for. And what I was most surprised to learn throughout my research was that kids are open to sharing their thoughts with us. They want us to trust them. They want us to understand their world and to recognize that social media is a tool for self expression. At the same time, we want them to understand there are real dangers out there that need to be taken seriously. And while I don’t anticipate my own teens will be adding me to their “rinsta” accounts anytime soon, I have a much better understanding as to why. As with most things related to raising teens - trust and communication are imperative. The lines of communication need to be open for both parents and teens to share their concerns. Trust is the key to making those awkward conversations less awkward, and as we watch our teens figure out their sense of self, it’s the only way we can be close enough to help when they need us.